Dr. Glenn Wilson is a General Dentist at Wembley Dental Clinic in Parksville. 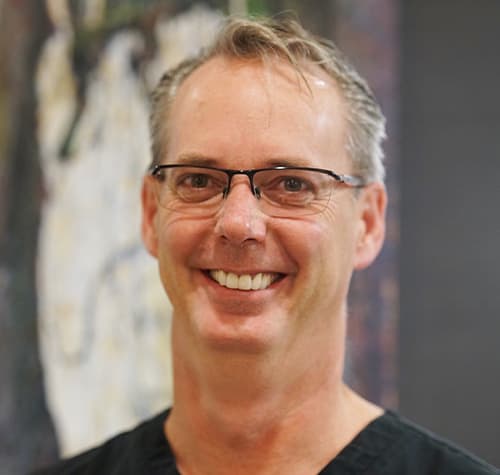 Dr. Glenn Wilson, born and raised in B.C., attended UBC before moving to Alberta where he received his Bachelor of Science and Doctor of Dental Surgery at the University of Alberta. After graduating in 1989, he moved to Winnipeg where he practiced for three years before returning to Comox and finally Nanoose Bay, setting up his own practice in 1993, the Wembley Dental Clinic. Dr. Wilson has always believed in providing prompt and timely care, offering the patients the freedom of choice for treatment.

Dr. Wilson is married to his wife, Gill, and has two grown children, a son attending VIU while his daughter is a hygienist within the office. Family ties are close within the office as it also employs his mother-in-law as his office manager.

Dr. Wilson enjoys spending time with his family foremost, whether it be while travelling together, at home or at their cottage on the lake. He enjoys seadooing, water activities, long walks with his dogs and sports, particularly hockey.

Proudly serving patients in the Parksville, Qualicum Beach, Nanoose, Errington, Bowser, and Coombs communities since 1993! Contact us to get started today.

We are a proud member of
the